At Cambridge, bumps racing is arguably the height of the season. PCBC is proud to enter at least four/five crews on each side into May bumps every year. Bumps is both fun and competitive and it’s a joy to partake in! There are two separate bumps competitions in Cambridge – the Lent and May bumps.

Bumps might seem complex to an outsider, but the object is very simple – bump the boat in front of you and evade being bumped by the boat behind you. The bumps takes place over four days at the end of Lent and Easter terms. There are 4/5 divisions racing throughout the day i.e. M1, W1, M2, W2. With 17 boats in each division, the boats are set off a boat length and a half apart. The boat at the top of the first division is known as the ‘Head of the River’, and holding this position means that that crew has attained headship – the head of the M1 and W1 divisions essentially ‘win’ bumps. Crews lower down in the division and subsequent lower divisions can still succeed by bumping every day – in this case they are then eligible for blades. The crews on the unfortunate end of this bumping will ‘spoon’ if they are bumped every single day. 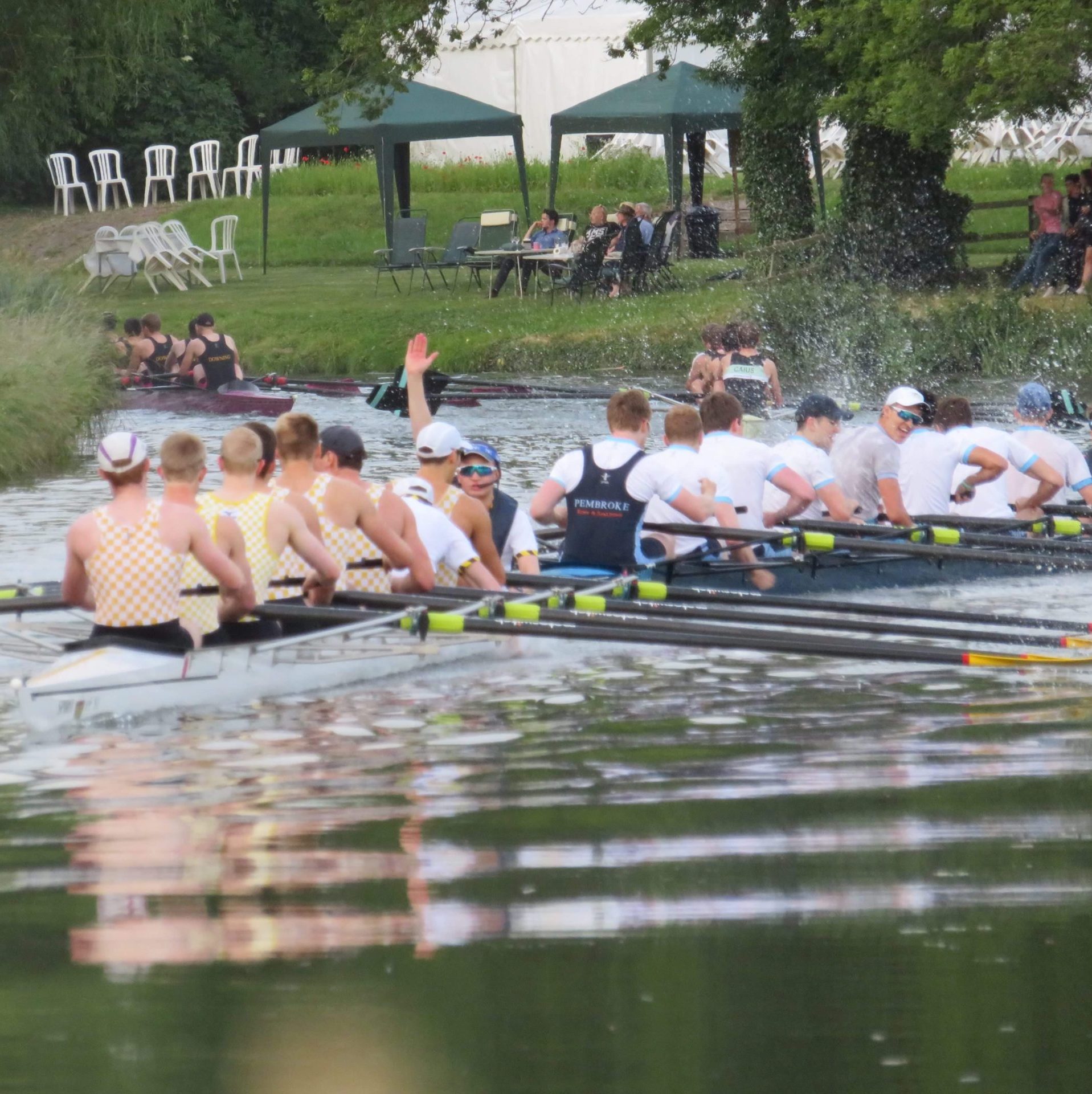 Over the past few years, PCBC have done very well in both Lent and Mays bumps (the competition starting orders are separate from one another). M1 holds a strong place in both competitions, starting second in Lents and sixth in Mays. Whilst Pembroke W1 have not yet taken headship in Lents, they have held the headship position an impressive number of times in 1997, 1998, 2006, 2008, 2009 and 2010. They are currently seventh on the river in both competitions.

Pembroke M2 has been making good progress, holding their place in the second division for both competitions, in which they are surrounded by first men’s boats from other colleges. Pembroke W2 holds a similar position.