W1 did a great job in autumn head in both the 4+ and the 8+. The 8+ had a strong race despite having to fill in with a sub, and came third overall. After a gutsy row, W1 came 2nd in the women’s 4s division, which was fantastic, because they’d already rowed it in the 8 about an hour earlier. The gravitational waves generated by their final gear change will resonate throughout spacetime forever in all directions, singing the song of PCBC onwards into eternity

M1 raced hard in a scratch 4+, accelerating through the corners to beat our neighbours Clare by 1.1s, and just losing out on fifth to Downing by 1.2s; very tightly contested indeed.

W2 competed in their first race of the academic year, at Autumn Head, achieving a time of 12.52. With this time, they came 5th in their division and it has given them a great reference point from which to improve over the next few weeks. They’re looking forward to racing in Winter Head, where they hope to advance their position in the finishing board. 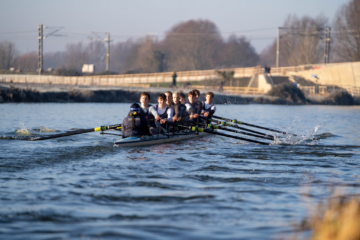 On Saturday the 21st of January, PCBC took to our first races of 2023, Winter Head to Head. M1 rowed well with power behind every stroke, but with Head-to-Head being their 2nd time together as Read more… 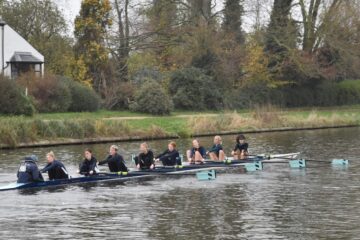 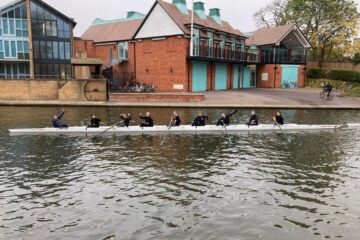 Fairbairn Cup 2022 W1 absolutely smashed it at Fairbairns, coming 2nd overall just 3 seconds away from 1st place. This has set the crew up for a great Lent term where they will keep up Read more…